The word "bard" ordinarily puts folk in mind of those itinerant minstrels, fair of voice and nimble of finger, who earn their coin performing in taverns and the halls of great lords. Few know, however, that bards in fact trace their origins back to the bowmen of eld, who sang in the heat of battle to fortify the spirits of their companions. In time, their impassioned songs came to hold sway over the hearts of men, inspiring their comrades to great feats and granting peace unto those who lay upon the precipice of death.

Bard is a job unlockable at level 30 as an upgrade from the archer class and is one of three physical ranged DPS jobs.

The Archers' Guild is in New Gridania. Archers must specialize into bard once they reach level 30, and complete the quests

The bard is a disciple of war and wears armor "of Aiming." They use bows as weapons. The following crafting classes can create items that are useful to the bard:

During a song, there is a chance you will be granted Repertoire, shortening the recast timer of Bloodletter (required at level 12) and Rain of Death (acquired at level 45). 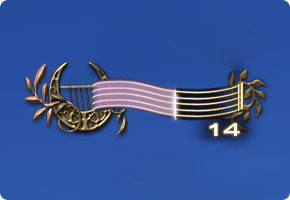 Singing Army's Paeon will display its corresponding Song Gauge, which indicates the effect's remaining duration. During a song, there is a chance you will be granted Repertoire, reducing weaponskill cast time and recast time, spell cast time and recast time, and auto-attack delay. This effect increases for each stack of Repertoire you accumulate up to a total of four. 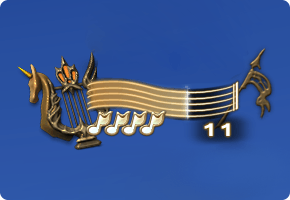 Singing The Wanderer's Minuet will display its corresponding Song Gauge, which indicates the effect's remaining duration. During a song, there is a chance you will be granted Repertoire, allowing the execution of Pitch Perfect. The Repertoire effect can be stacked up to three times. 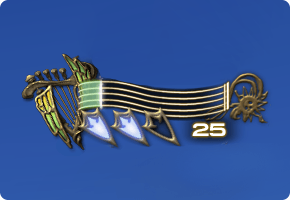 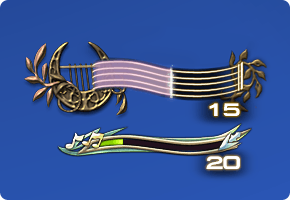 Upon learning the trait Soul Voice, the Soul Voice Gauge will be displayed. This gauge increases in tandem with Repertoire, and is depleted when using the action Apex Arrow (acquired at level 80). 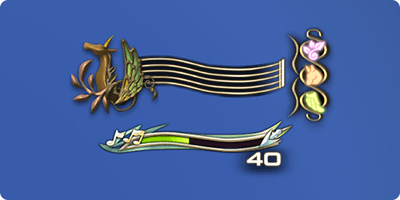 When you learn the trait Minstrel's Coda, the Coda will be displayed.

There are three types of Coda: Mage's Coda, Army's Coda, and Wanderer's Coda. Each is granted respectively by executing the actions Mage's Ballad, Army's Paeon, and The Wanderer's Minuet. You can execute the action Radian Finale if you have at least one Coda.