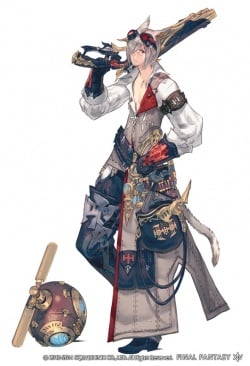 The war with Dravania rages on, brutal and unrelenting. With no end in sight, the Holy See grows desperate. As her dragoons lay down their lives in defense of their home, Ishgard turns to technology to protect her sons and daughters. Great cannons and ballistas now line the city walls, plucking dragons from the sky. Following the example of Cid Garlond, who has demonstrated the potency of magitek, the Skysteel Manufactory works tirelessly on the development of advanced armaments. As new and devastating weapons are brought to the fray, a new class of champion arises to wield them―the machinist.

Machinist is a job introduced with the Heavensward expansion and unlockable at level 30. It is one of three physical ranged DPS jobs and does not have a base class.

The Machinist's Guild is Skysteel Manufactory, located in Foundation (x8, y10.2). This job starts at level 30. The job trainer is Stephanivien.

The machinist is a disciple of war and wears armor "of Aiming." They use firearms as weapons. The following crafting classes can create items that are useful to the machinist:

Upon learning the action Hypercharge, the Heat Gauge will be displayed. 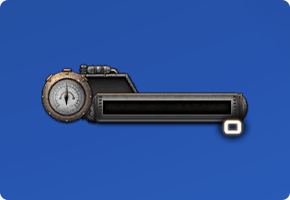 Upon learning the action Rook Autoturret, the Battery Gauge will be displayed.

The Battery Gauge accumulates when certain actions are performed and allows the placement of a Rook Autoturret, which will attack your target. It also allows the deployment of an Automaton Queen (acquired at level 80) to fight alongside you.