The Second Coil of Bahamut - Turn 3

The Second Coil of Bahamut - Turn 3

Your party activates the coil's lift-like mechanism, and, at a depth of 3256 yalms, arrives within the interior of the internment hulk proper. The great cavern where the elder primal Bahamut dreams is yet many thousands of yalms distant. Explore the labyrinthine passages of the Ragnarok-class starship, and secure a route into the lowest levels of the hulk.

Travel south from the entrance to Sector XII in the Lower Decks. Use the teleporter to go up to Sector VII in the Main Decks. Go south to the Frontal Bulkhead and open it to reach The Avatar boss.

Diffusion Ray - large cone AOE that applies a DoT. This DoT ticks for 600 and can be cleansed with

Gaseous Bomb - marks a player with a non-transferable "satellite-like" icon. The target will be hit with an AOE for huge damage. Damage is split between all targets hit.

Homing Missile - draws a line between The Avatar and a random player (not MT). This line can be transferred by having another player intercept the line. The target will be hit with an AoE for a few thousand damage.

Brain Jack - causes MT to attack the nearest ally for x seconds. Brain Jack is cast every 30 seconds. Diffusion Ray always follows this move. (To prevent the boss from turning around, place a DPS within melee range of the tank. The DPS should not be in the front of The Avatar, at risk of being hit with Diffusion Ray).


Best way to handle this is to have all players other than the main tank to stay stacked behind the boss and when ballistic missile gets cast, everyone will spread from the stack. Afterwards the 2 targeted people should stay in (since they can't move). If both circles are small, the targeted players will count for each others circles and the other players don't need to interact with them. If 1 or 2 circles are big, you need other player to stand on the edge of the large circle (if it's 1 large and 1 small, standing in the middle will kill, since there would be 3 players in the small one, thus it's important you stand on the edge of the large circle).

Adloquium on the debuffed target to minimize damage taken.) (If desired, activate Defensive Reaction towers when Allagan Field is not active).

Biotowers are located at North, East, South, and West areas of the room. They activate in scripted sets of 2 or 3. They start with 1 charge and gain one charge every 15 seconds. After gaining 4 charges, the next charge will activate their special ability.

If two towers charge at the same time with the same frequency, The Avatar gains a stack of 2 buffs. The buffs will (a) increase defense and (b) increase damage output.

If towers are pushed/rushed properly, the boss will gain 0 stacks of these buffs.

If two or more towers charge to maximum, Avatar will wipe the party.

If a player steps into a tower, the tower gains one charge and the player is debuffed. This debuff increases the damage a player takes from a tower, and does not increase damage from other sources. It is not recommended that a player reach 2 stacks of the debuff. Debuff lasts for 90 seconds.

There is a 20 second period between the last tower's natural activation (nobody running in to charge it) and when the next set of towers spawn. It's always 20 seconds, whether there are two or three towers.

During two tower phases, it is an 80 second cycle (4x15s between natural charges + 20s before next towers spawn). The debuff you get for charging a tower manually lasts 90 seconds, so you have to plan accordingly.

During three tower phases, it is a 100 seconds cycle (4x20s between natural charges + 20s before next towers spawn). Because it's longer than the 90s debuff, you can have the same people activate the towers.

Special abilities of the towers:

North - summon 1 clockwork dreadnaught (Dread has conal aoe swipe, and will enrage if not killed fast enough, causing a wipe).

East - spawn 3 landmines in random areas, but not near towers and not under the boss (Touching a mine causes knockback and ~2000 AOE damage. If any mine remains after 15 seconds, the raid will wipe).

This fight has a 11m hard enrage timer. After 11 minutes The Avatar will wipe the raid. The Avatar stays in the center of the boss room. When the Main Tank moves out of the melee range of The Avatar, it will use heavy hitting lasers instead of auto-attacks. Fighting in the northeast corner of the boss (the back-left corner as you enter the room) is recommended because this gives you access to the two more important biotowers, and gives easy vision of the AOE biotowers to the healers.

With enough dps (pushing to 45% health), you can skip the Ballistic Missiles after the 5th tower set.

If you push to 45% before ~6:00, Allagan Field comes early and the 5th set of towers doesn't appear. In other words, very high DPS allows you to skip as much as Phase 2 as you'd like.

The Avatar always does Homing Missiles immediately after Brainjack ends. It makes sense for the same person to be responsible for tanking Brainjacks duty and Homing Missiles. IMO, Bard is the perfect candidate for this job since it comes at no compromise to their DPS output.

3 towers now activate per wave. 3 players must push towers now. These people should not be debuffed; healers and tank(s) might need to get involved.

The tower's automatic charge rate is now 20 seconds, instead of 15 seconds.

The player with Allagan Field should not be pushing towers or hitting mines, period.

The Avatar always casts Homing Missiles right after Allagan Field in this phase.

The Avatar can no longer cast Brain Jack or Ballistic Missile.

Avatar's mechanics interact rather poorly with the extensive DPS output available when unsynced, even when solo. If Avatar is pushed below ~75% before the first set of towers spawn, he'll unconditionally place Homing Missile on you, which then kills you regardless of your maximum HP. To combat this, do not burst the boss at the start of the fight. Instead, wait until the first set of towers spawn ~15s into the fight. Dip into one tower for a single stack (recommend the north tower, where you entered the boss arena), then burst the boss. As long as you get him under ~60% to phase push him before the first two towers go off, you won't get hit by Homing Missile and will be able to burn him straight to dead without further problems. 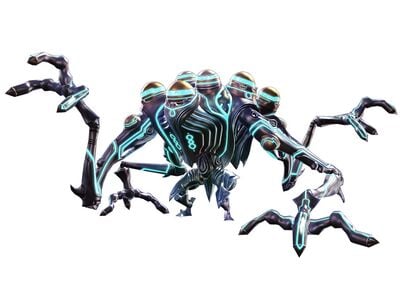