Myths of the Realm 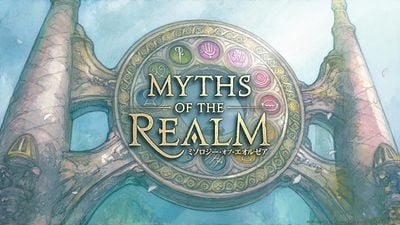 Myths of the Realm is the level 90 24-player Alliance Raid series for Endwalker.

Eorzea─a realm embraced by gods. Since ancient times, people have worshipped a pantheon of divinities known as the Twelve, but Their true identities have remained shrouded in enigma. On a day much like any other, however, a certain request would arrive at the Baldesion Annex─and set you upon the path to the heart of the myth...

The Japanese in the logo translates to "Mythology of Eorzea."