The Second Coil of Bahamut - Turn 2

The Second Coil of Bahamut - Turn 2

After battling your way through to the base of the colossal fragment that impales the ground in Alder Springs, your party enters the structure through an opening in its outer shell. The sight that greets you is of an endless procession of azure-lit passages, within which can be glimpsed the grotesque silhouettes of chimeric monstrosities.

Cursed Voice is an ability that targets 1 tank, 1 healer, and 1 DPS. All of the targeted players get a voice that

Petrifies anything in front of the players in a cone. Use this to petrify Renauds and not your party members. If any Snake adds get hit with voice they get a damage increase which makes the fight much harder to heal.

Cursed Shriek is an ability that targets 1 healer or DPS. Cursed party member shrieks out and

Petrifies everything in its line-of-sight. Players must hide behind a frozen Renaud to avoid its effects. The ability will also give the boss a damage buff stack if boss isn't LoS'd.

Fireballs is an ability that spawns fireballs periodically. Before 50% HP they're usually cast after shriek goes off. After 50%, they're usually before shriek. Boss shoots 2 fireballs to separate targets that do AoE damage. Will prioritize ranged DPS first, then healers. If a physical ranged is too close to the boss, within 3 yalms, then another DPS will be targeted instead.

Petrifaction is an ability used by the 3rd add and right after the add is dead. The ability

Petrifies anyone looking at the boss similar to Medusa.

Tail Whip is a frontal cone AoE with no indicator.

Renaud is a giant, slow cyclops. It will aggro normally until someone hits him, then he will be locked on that target until it's killed. Petrify him with cursed voice and hide behind him to LoS shrieks. Each

Petrification lasts 60 seconds and he has a 60 second

Slow debuff when spawning. He becomes extremely fast when his slow debuff wears off. Kill the old Renaud when a new Renaud spawns.

Lamia Deathdancers (Melee Snakes) (1st set) uses frontal cleave (no indicator), AoE cleave (with indicator), and huge damage. Spawns 1 at a time. DPS should be good enough to ensure that 2 aren't up simultaneously.

Lamia Fatedealers (Ranged Snakes) (2nd set) uses single target damage and an indicator where AoE damage will come down. Just have to heal through these and kill ASAP. All 4 spawn simultaneously.

Lamia Prosector (Caster Snake) (3rd and last snake add) deals heavy damage on OT and casts Petrifaction. Look away when Petrifaction comes. Main boss will cast petrifaction when this snake is downed. Can LB this or LB boss, doesn't really matter that much. Make sure party is positioned so you can use Cursed Voice on the Renaud without hitting the Caster snake or main boss.

Melusine casts AOE Fireballs on party members that do around 2k damage. Do not stand near other party members or you risk taking 2 Fireballs and dying. Circle blade is just a red circle AOE that does barely any damage but you shouldn't stand near Melusine if you're not melee.

Throughout the fight, Renaud (the cyclops) spawns and tethers to the first person that strikes it and will follow him or her and one shot if him or her if it reaches them. The strategy for handling Renaud is to petrify it with the Cursed voice conal aoe. Renaud can be afflicted with heavy and cause them to basically stand still due to their inherent heavy debuff. Binds should be avoided at all costs as it removes their innate slow. The person Renaud is tethered to should kite around the outside to position the Renaud until Cursed Voice wears off and someone can petrify it. Getting too close to Renaud can nullify the effect of Cursed Voice due to hitbox detection. It's recommended to keep a certain distance between the debuff holder and Renaud. Damaging a petrified Renaud kills it, but do not kill them immediately because read on.

Cursed Shriek is a petrify that covers the entire area so you must use a petrified Renaud to break Line-Of-Sight with the raid and sort of "hide behind" it. Successfully being behind a Renaud when Cursed Shriek wears off will prevent Cursed Shriek from petrifying everyone.

Renauds spawn at a pretty constant rate, and as you progress into the fight other adds will spawn alongside it. Lamia Deathdancer is the first add that spawns at around 80% HP. It is a melee mini-medusa. It casts cleave and Circle Blade. The archer adds, Lamia Fatedealers, spawn at ~50% HP. These adds do a few abilities that deal lots of damage including an AOE and a targeted ability with a visible mark. The Lamia Prosector add will spawn at 35% HP. This add deals heavy magic damage, and has the ability to cast Petrifaction. When it uses the ability, if you are facing the boss, you will be petrified. Simply look away to avoid this effect. When Prosector dies, Melusine will gain this ability and begin to use it periodically. Be sure to kill The Prosector quickly as it deals heavy damage and when it is kept alive, Melusine absorbs it, gaining a buff and its remaining HP.

When Melusine is around 50% HP, the boss room begins to glow with poison in one of the three areas it is split into. After 15 seconds the glowing area explodes, it's pretty obvious and you are safe to run through it until it explodes but do not stand in it.

Additionally she gains a new ability called Tail venom. The ability that adds a

Poison that must be dispelled off or it triggers an AOE. 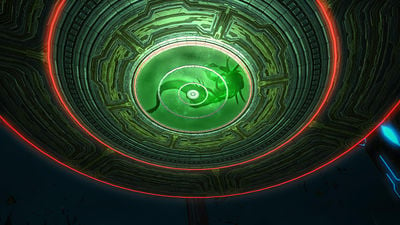