Eden's Verse is the 2nd section of Eden, the main 8-player raid in Shadowbringers. Released on February 18, 2020, Eden's Verse requires players with item level of 455 or higher to enter. Once unlocked, the raid can be queued from the Duty Finder.

Players must first complete all of the Eden Quests up through

The Next Piece of the Puzzle. This includes clearing all of the Eden's Gate raids.

Players can then begin the level 80 quest chain starting with

To unlock each floor after the first, continue the quest line and complete the consecutive floor. Each floor is listed separately.

Treasure coffers that appear upon completing Eden's Verse will not yield gear, but instead yield tokens that can be traded for gear of your choosing.

As of patch 5.31, all weekly loot restrictions have been removed.

Also note that there is no weekly restriction on entering Eden's Verse. 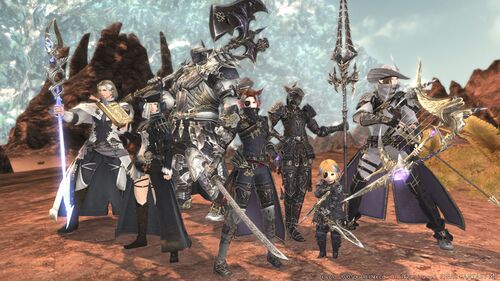