This article is about the patch 2.5 dungeon. For the patch 2.0 dungeon, see The Wanderer's Palace.

Bound no more by the rancor of their fallen king, the tonberries have regained their senses─with a little help from devoted friends. Yet all thoughts of peace have been put to the blade, as a band of Mamool Ja mercenaries known as the Silverscales have stormed the walls and seized the place for their own. Someone must stop the sellswords from turning the Wanderer's Palace into an unassailable fortress, and take a stand against tonberry slaughter and slavery!

The Wanderer's Palace (Hard) is a level 50 dungeon introduced in patch 2.5.

Fire Angon by throwing burning spears at the ground which cast a stacking debuff to the whole party if they are left alive.

A shaman boss, who summons totems. If after a while no-one has claimed the totems, he will recall all of them and gain the buffs himself. Some of the totems grant buffs while some should be ignored. He will randomly hex a target and turns them into a toad for 12 seconds. He will also randomly cast Fire to the party members and while the damage is not too big, the totems can increase the damage.

Standing in a totem gives you a buff or debuff. Clean as many of the flags as possible and don't stack fire resist down.

Stay very close to him to avoid a huge cone AoE. Move away for rotting gas. Person with rotting lung has to stay away from the party when Rotting Gas pops. The person with the lungs will also AoE around them.

The boss drops multiple banners on the ground during the fight. The banners' buff the boss' damage and armor, so the tank should just pull the boss away from the banner-range. Tank needs to keep moving the boss so the party doesn't have to fight in the banner AoE.

He will cast debuffs that makes healing worse and Soul Douse, which applies

Doom on random party members looking at him. Healers can remove doom by healing the target to full hp.

Doom can also be negated by turning around as he casts the spell. Don't face the boss and it doesn't take effect.

When Scared Idol spawns (the Idol with a tether to the boss), kill it ASAP! 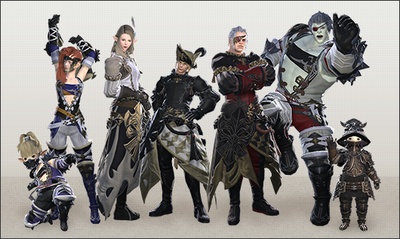