Long ago, on the far shore of the Source, a great palace was built by the elves─the Grand Cosmos, an edifice of such magnitude it was said to inspire envy in both the heavens for which it was named and the flowers that pervade its boundless gardens. As with so many wonders of the world that once was, its radiance quickly faded in the wake of the Flood, its halls falling silent, the throne sitting empty. That is, until the palace was given new purpose when a mage claimed it as their sanctuary, their only company being solace, solitude, and the legion of familiars barring entrance to any foolish enough to seek an audience.

The Grand Cosmos is a level 80 dungeon introduced in patch 5.1 with Shadowbringers.

After being defeated, the Seeker of Solitude will cast Magicked Movement to teleport away. 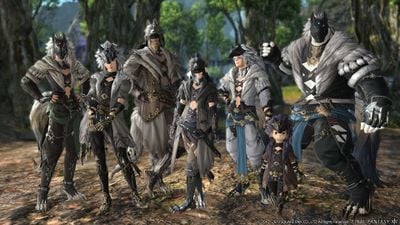