The sudden emergence of a mud-covered and excessively energetic korpokkur from inside the Arboretum sparks interest among a trio of Idyllshire citizens. They believe the layer of grime covering the seedkin has invigorating properties that could be used to revitalize the soil of Greengrub Mudplots. Unfortunately, hordes of aggressive plant life exposed to the substance stand between them and the information they seek. You agree to lead an expedition into the Arboretum to clear a path and thereby allow safe passage to its inner reaches.

Saint Mocianne's Arboretum (Hard) is a level 70 dungeon introduced in patch 4.4 with Stormblood.

When the fight begins, the edges of the arena will be coated in thorny vines, damaging players who come in contact with them as well as inflicting a stack of

The arena for this fight is a grate with four solid platforms. Periodically, the mud beneath the platform will churn with the message "The puddles begin to froth". After a short delay, mud will explode upwards through the grate, damaging players not on a solid platform and launching them into the air. 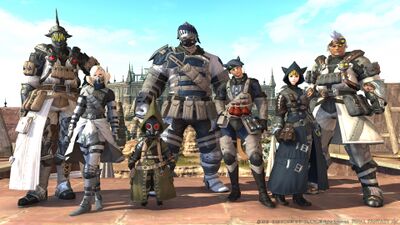