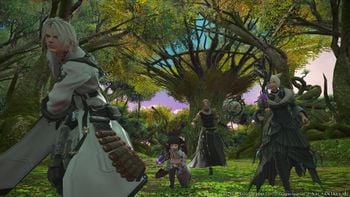 The Trust System is a feature introduced in Shadowbringers (5.0). This system allows you to challenge dungeons from main scenario quests with a party of allied NPCs.

Parties must be composed of 1 tank, 1 healer, and 2 DPS. This feature cannot be used while in a party with other players. 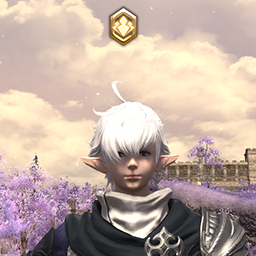 After reaching the quest objective to clear a dungeon in the main scenario, several allied NPCs will be standing near the dungeon's entrance. Speak with them, and you will have the option to add them to your party and enter the dungeon.

Upon re-leveling all Trust avatars to 80, Scenario mode will be unlocked for free usage, allowing you to re-enter any dungeon as though it was your first time. 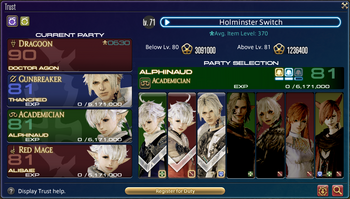 The Trust system can be used to enter dungeons you have already completed. First, select Trust under Duty in the main menu. In the window that appears, select the dungeon you wish to enter and the NPCs to accompany you. Unlike scenario mode, any NPC can be brought into any dungeon regardless of their availability during the main scenario.

Prior to completing the Main Scenario Quest "Shadowbringers", Trust avatars will always be the minimum level to enter the dungeon. Afterward, they will revert to level 71 and begin accumulating experience according to the following table.

Once a Trust has reached level 80, the player is given the option of glamouring the character into one of their past appearances.

In Shadowbringers, players will have the opportunity to challenge dungeons with a party of trusted non-player characters, including various Scions of the Seventh Dawn—though the traditional party matching systems will of course remain intact.


Do Not Sell My Personal Information
Retrieved from "https://ffxiv.consolegameswiki.com/mediawiki/index.php?title=Trust_System&oldid=310394"
Categories: