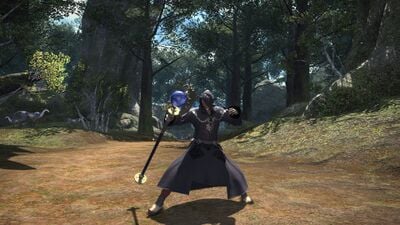 Disciples of Magic (DoM) are classes and jobs that utilize magic and cast destructive and restorative spells. They use MP as their primary resources. 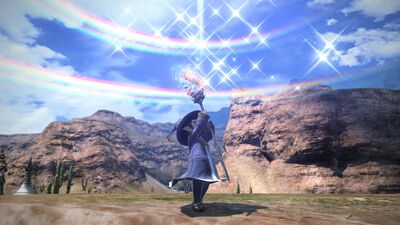 Conjurer is the healing class in A Realm Reborn. Conjurers utilize wands and canes as their weapons and earth and wind as their elements. They can become White Mages at level 30.

Thaumaturge is the damage dealer class with specialization in consistent damage. Thaumaturge utilize scepters and staves as their weapons and fire, ice and thunder as their elements. They can become Black Mages at level 30.

Arcanist is the damage dealer class with specialization in burst damage. Arcanists use Books as their primary weapons and are able to spawn smaller version of primals to aid them in combat. They can become Summoners (DPS) or Scholars (Healer) at level 30.