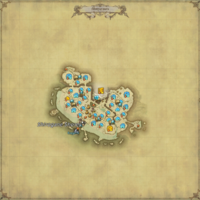 Its name meaning "platinum" in the ancient Hingan tongue, Shirogane is a new residential district established by the bugyo of Kugane especially for foreigners.
Ever since Kugane opened its arms to the world, the number of visitors has continued to grow. Among those who come, many remain for extended periods, and the Ijin District is no longer sufficient to meet demand. Thus, Shirogane was created in order to address the accommodation shortage.

Shirogane is a zone in Hingashi. 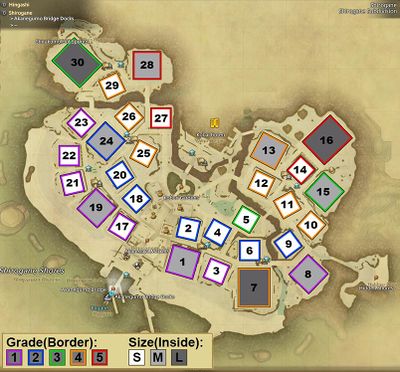 Shirogane is the Residential District in Hingashi. Released in Stormblood (4.0), players can teleport to Shirogane through an Aethernet in Kugane after completing the quest I Dream of Shirogane.

When entering Shirogane prior to completing certain main scenario quests, players will be unable to leave via gate entrances. In such cases, players can use use Teleport or Return to leave the area. 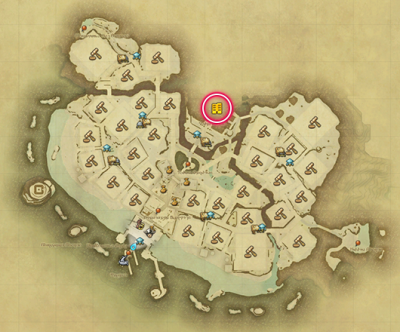 Once the requirements below have been met, speak with the apartment caretaker. Each character may purchase one apartment. Players who already own a free company or individual estate hall, or private chambers are still allowed to purchase an apartment. An apartment building may contain a maximum of ninety apartments.

The new residential area you've all been waiting for is finally here! Shirogane is an island belonging to the Far Eastern nation of Hingashi that will be opened up to adventurers who frequent the port of Kugane. Those with a fondness for Far Eastern aesthetics are sure to find it the perfect place to call home.