For two and a half decades, this once-grand kingdom on the shores of the One River was subject to Garlean rule. However, with the expulsion of imperial forces, Doma is free once more to control its destiny.

Doma is a city in Othard (region).

The only player-accessible parts of Doma are the Doman Enclave zone, the Doma Castle dungeon, and the ruined area in Yanxia. 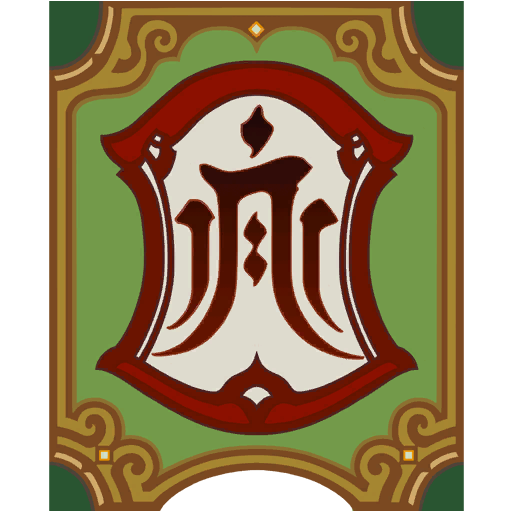 The Doman character for the nation's name adorns the center, and the crimson border surrounding it represents the royal family's ancestral role as gatekeepers of the One River. The field upon which it rests is green like the color of the rice plants which grow in Doma's many fields.

By the Righteous Blade We Are Delivered

Since Doma's founding, the Rijin clan's sons have ruled as kings with the support of an educated samurai caste. During the twenty-five-year Garlean occupation, an imperial viceroy held absolute authority, but the recent liberation has seen the return of the old government, with the leader of the rebellion and head of the Rijin clan restored to the throne.

Though the king of Doma has the power to intercede in all matters of governance, he delegates much of the minutiae to a cadre of samurai advisors.

On the whole, Domans tend to practice their faith in private, and do not proselytize nor judge those who do not share in their beliefs. As is the case in many regions of the Far East, they worship a host of spirits referred to as the kami. Though some of these divine beings can be likened to personifications of nature, enlightened sages and long-lived animals of legend may also be defined as kami. Further complicating any attempt to categorize these entities is the variety said to inhabit ancient relics.

The banks of the One River have long been considered to be some of the most fertile farmland in eastern Othard, particularly the region surrounding the river's mouth in Yanxia. Rice is the crop of choice, though persimmons and plums are also quite profitable.

Domans have lived off the One River and the Glittering Basin since antiquity. As the kingdom expanded outward, so too did her people, who built villages on the coast of the Ruby Sea and from there ventured farther and farther west. While sources of food are abundant, some of the more adventurous fishermen have made a living hunting sea tortoises for their shells, which are highly valued by all manner of artisans for use in their crafts.

The fibers of the Yanxian mulberry and the waters of the One River are key ingredients in the production of Doman paper, which is prized the world over for both its durability and its beauty. Not only is it considered ideal for scrolls and documents that must be preserved, but it is also a medium in which artisans may craft fans, lanterns, and more elaborate displays. Though the industry languished during the imperial occupation, masters of the craft managed to preserve the knowledge of their techniques, and in the wake of Doma's liberation they set about rebuilding the mills and resuming production.

Loyalty is perhaps the most virtuous quality to the people of Yanxia, be it to Doma, her king, or his vassals. The samurai would trust in the Rijin, and the people would in turn trust in the samurai. Many Domans would attest that one need only look to the carnage born of betrayal in the past to see the wisdom in this.

As one would expect given the amount of farmland devoted to it, rice is part of virtually every Doman meal. Aside from that common element, however, the cuisine of the central and coastal regions can differ to a surprising degree. Pork, fowl, and other meats are favored in the heartland of Doma, whereas seafood is far more common along the coast. The seasonings used in preparation are somewhat dissimilar as well, with the coastal villages preferring the more subtle flavors of Hingashi, while stronger spices imported from Radz-at-Han are regularly incorporated into Yanxian fare.