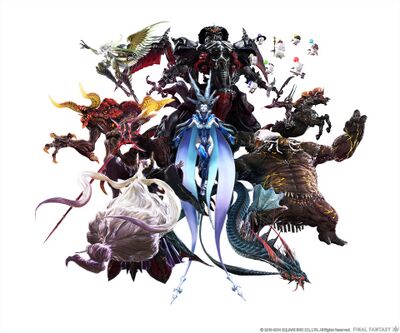 Primals are powerful creatures that roam Eorzea. Players face primals in difficult Trials or dangerous FATEs. Defeating the primals yield the player powerful weapons, unique armor, special mounts and story or quest progression. The primals are worshiped by various Beastmen scattered across Eorzea, and were known to the Allagan Empire as Eikons. The energy and prayers of the beastmen awaken the powerful creatures, allowing them to wreck havoc on the mortal realm.