The expedition's quest to reach the headquarters of the Students of Baldesion at the center of the isle continues, and to that end they have relocated to a new base camp to utilize an ancient proto-aetheryte. Yet as they venture further north into a network of caves hidden within the massive mountains, frozen tundra gives way to smoldering lava: Pyros, a new region replete with new wonders and new threats...

The Forbidden Land, Eureka Pyros is a level 70 adventuring foray introduced in patch 4.45 with Stormblood.

It is the third of four areas in The Forbidden Land. 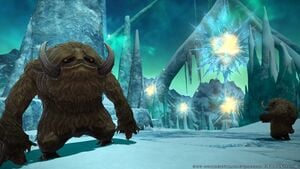 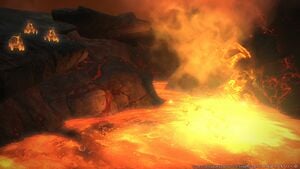 Complete the quest And We Shall Call It Pyros 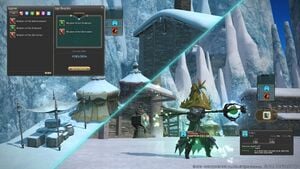 Logos actions are a new type of duty action available in Eureka Pyros. 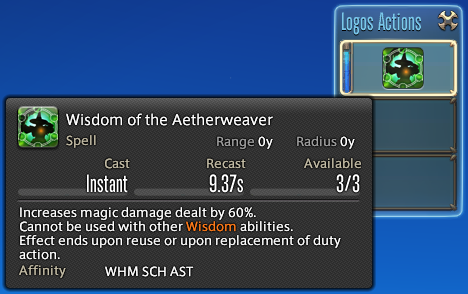 After obtaining unidentified logograms in Eureka Pyros, take them to Drake (X:15.7, Y:23.9) to have them appraised and converted into logograms. 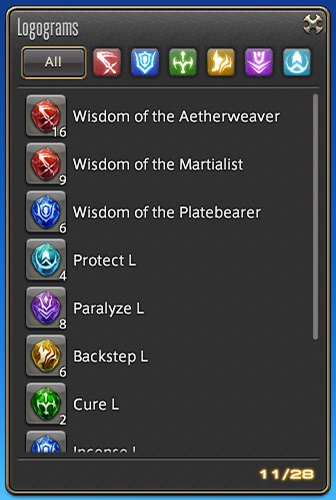 With the logos manipulator, logograms can be combined to produce various logos actions.

Some logos actions can only be produced through specific combinations of logograms. Share information with your fellow players and discover more combinations. 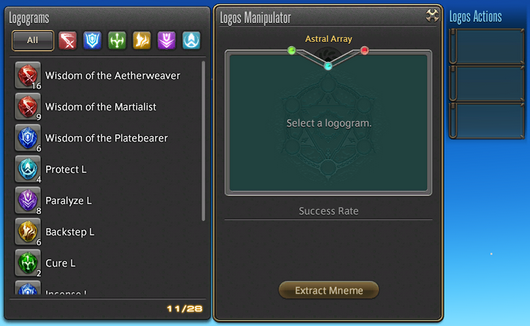 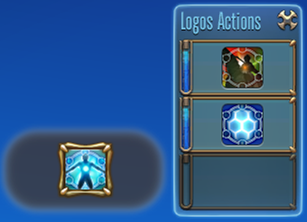 Proceed through the Eureka Pyros story to improve the logos manipulator, which will allow two logos actions to be produced simultaneously.

By placing logograms in both the astral and umbral arrays of the logos manipulator, two logos actions can be produced at the same time. These will be kept in the logos actions window and can both be set as duty actions.

However, using four or more logograms will increase the rate of failure, which causes all logograms used to be lost. Therefore, you should weigh the risk against the potential reward before proceeding.

After fully augmenting a Eureka weapon in Pagos and proceeding to a certain point in the Pyros story, you will be able to augment your Eureka weapon further by speaking to Gerolt in Pyros (X:15.3 Y:23.5).

Research into logos actions is required to augment Eureka weapons.

Acquired logos actions will be recorded in the Logos Action Log, which can be viewed at any time by speaking to Drake. Eureka weapons can be enhanced incrementally upon registration of 10, 20, 30, and 50 logos actions. 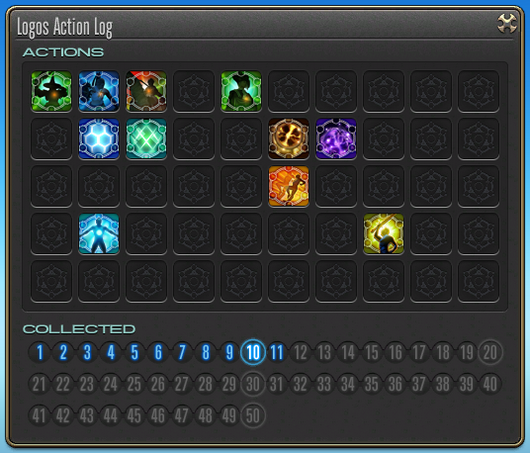 An upgrade to Elemental weapons. Weapons will have a white-blue flame particle effect.

Pyros is also home to many a happy bunny. As a reward for saving them from imminent peril, happy bunnies will help you find hidden treasure on the island.

Eureka is teeming with mysterious creatures and phenomena. Intrepid adventurers will need to work together if they are to uncover those of its secrets not mentioned here.