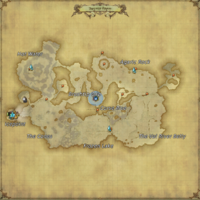 The Forbidden Land, Eureka, is an instanced area that up to 144 players can explore simultaneously. Contend with raging aetherial energies and strengthen Eureka weapons and gear in order to progress through this untamed land.

The Forbidden Land, Eureka Pagos is a zone in Isle of Val. It was added in Patch 4.36. 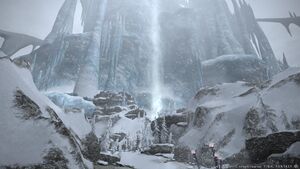 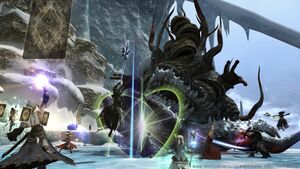 The Forbidden Land, Eureka Pagos, is an instanced area that up to 144 players can explore simultaneously.

To enter Eureka Pagos, you must first complete

And We Shall Call It Pagos and the Anemos story line. 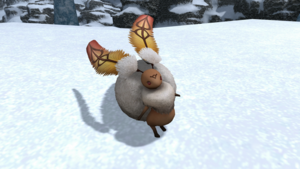 As a reward for saving them from imminent peril, happy bunnies will help you find hidden treasure on the island. They will give you hints as to the location of buried coffers each time you feed them a lucky carrot.

You can offer them as many carrots as you like, but move quickly. Happy bunnies will only accompany you for a limited time for fear of natural predators in the wilds.

Lucky carrots can be used as a key item or from the icon in the duty list.

When you are close to hidden treasure, use a lucky carrot to uncover it.

A happy bunny will stop accompanying you under these conditions:

An upgrade to Anemos weapons. Weapons will have a new model.

Unlike Anemos, there is no armor set to work on in Pagos. 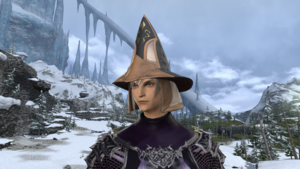 It is possible to obtain gear in Eureka Pagos that is enhanced with the Eureka Effect.

The Eureka Effect is only active in Eureka and may enhance the gear with special attributes not available to regular equipment at item level 300. 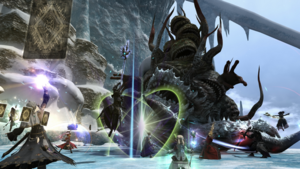 Players may encounter notorious monsters that cannot be found in Eureka Anemos. Those who would engage them are advised to seek aid from other adventurers.

Though they have yet to determine how such a thing could even be possible, the expedition is nevertheless certain that the place they have dubbed Eureka is none other than the Isle of Val, previously believed to have been obliterated by a powerful magick. Having completed their survey of Anemos, the expedition now turns its sights to a new region: Pagos, a mountainous frozen waste filled with untold dangers...