When the Empire first invaded Bozja, Alermuc Fortress was erected in southern Bozja, the location chosen for its natural defenses. Alas, the seemingly impregnable stronghold fell, and has since been known under the Garlean name Castrum Lacus Litore. Emboldened by the rebirth of Gunnhildr's Blades, the Bozjan Resistance has begun Operation Eagle's Nest in a bid to regain this most necessary foothold in the southern front.

The Bozjan Southern Front is a level 71 adventuring foray introduced in patch 5.35 with Shadowbringers.

This is an instanced area that up to 72 players can explore simultaneously, and is the first major battlefield of two in the Save the Queen: Blades of Gunnhildr storyline. It is where players assist the Bozjan Resistance in reclaiming their homeland from the IVth Imperial Legion.

Players can enter the Bozjan southern front by speaking with Sjeros at Gangos (X:5.5 Y:5.4). If entering as a party, the leader must speak with the NPC.

Unlike other instanced areas, the Bozjan southern front allows the use of party functions such as inviting party members, disbanding the party, and leaving the party without exiting the instance.

Players who have yet to reach level 90 will earn experience points commensurate with their job level.

You may change between Disciple of War and Magic classes and jobs level 71 or above. Note, however, that you cannot change classes or jobs during combat or when participating in a critical engagement.

Players are free to ride mounts at any time after entering the instance.

Enemies encountered on the Bozjan southern front will have an icon next to their name denoting their strength. The larger the number on this icon, the more powerful the enemy. Especially dangerous enemies will bear a unique icon with no number. 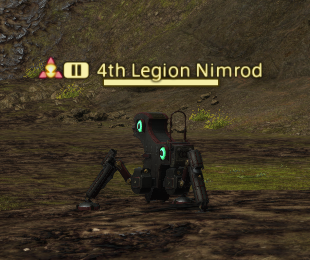 By participating in battles on the Bozjan southern front, players earn mettle. After earning sufficient mettle, players can speak with the Resistance Commander to increase their Resistance rank. Players can hold a maximum of 25,870,000 mettle. 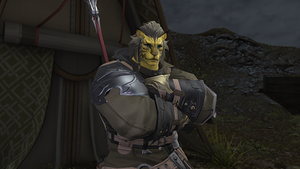 Resistance Rank is a representation of your reputation on the Bozjan southern front. As your rank increases, the Resistance's front line will advance, allowing you to explore new areas on the southern front.

Current Resistance rank and mettle earned can be viewed at any time via the HUD. 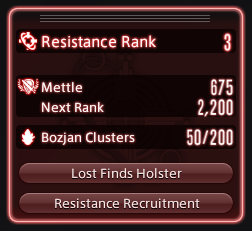 After reaching Resistance rank 5, players will begin to lose mettle upon being incapacitated. Players will also lose mettle if they return to the encampment or leave the instance without being revived.

Encounters on the Bozjan Southern Front

Players must assist the soldiers of Bozja by participating in skirmishes and critical engagements. Contributions to these battles will earn players the following rewards:

Victory in these battles is essential to pushing the front line forward and ultimately routing the imperial forces. 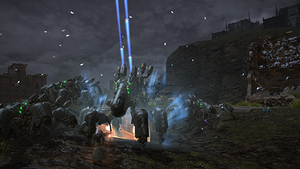 These battles appear throughout the instance, and can be joined by any number of players. Most skirmishes are commenced randomly in the field, with some being triggered by the defeat of certain enemies. 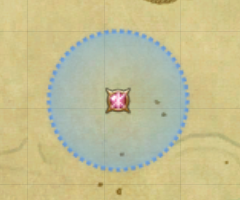 These battles are triggered by the defeat of certain enemies or victory in skirmishes, allowing only a limited number of combatants. 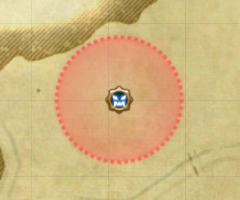 Critical engagements do not require you to be present in the field to participate. Instead, players must request deployment via the Resistance Recruitment window. 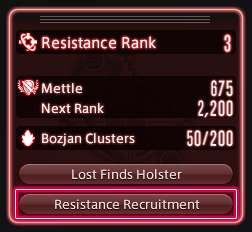 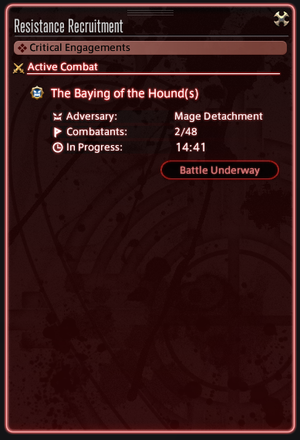 Once battle has commenced, critical engagements will appear in the Resistance Recruitment window. There, players can confirm whether the Resistance is enlisting more combatants to join the fray, the maximum number of participants, as well as the time remaining for the encounter.

Players will have one minute after a critical engagement has been initiated to request deployment. If there are more requests for deployment than are permitted for an engagement, however, participants will be selected at random. 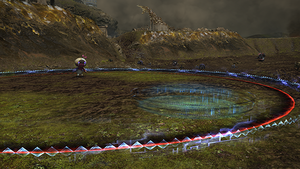 Players selected for deployment will have two minutes to prepare for battle. When ready, they can be transported to the battlefield via the Resistance Recruitment window.

Should the maximum number of combatants not be reached before the preparation phase, the Resistance will call for reinforcements, at which point players may again request deployment.

When the preparation phase ends, players must take up arms and do battle with imperial forces.

It is possible to gain priority deployment for critical engagements. This can be accomplished in one of two ways:

Players who contribute to the initiation of a critical engagement may receive priority when registering for their next deployment. 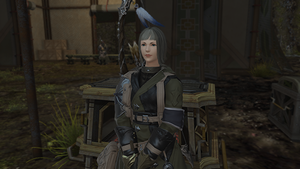 When defeating enemies on the Bozjan southern front, there is a chance players will come across

Bozjan Clusters. These crystals can be traded to the Resistance Quartermaster at Utya's Aegis (X:14.2 Y:29.6) for various goods and services.

The number of Bozjan clusters in your possession can be confirmed via the HUD. 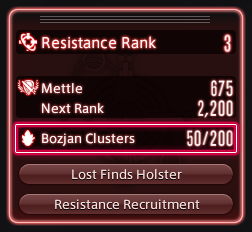 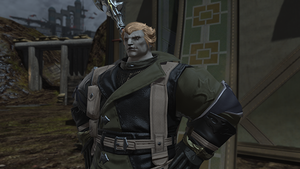 While battling on the southern front, players will also come across Southern Front Lockboxes. They can be appraised by the Resistance Locksmith at Utya's Aegis (X:15.2 Y:29.7).

Lost actions are a special type of duty action exclusive to the Bozjan southern front. They have various effects, including those used for attacking, healing, and reviving allies. Their effective use may turn the tide of battle in your fight against the IVth Imperial Legion. 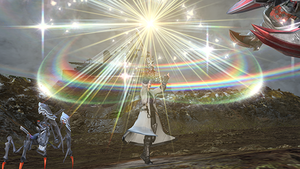 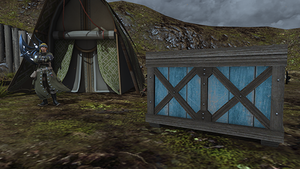 During their expeditions into the front, players will obtain items known as Forgotten Fragments. These can be examined by a Resistance Appraiser at Utya's Aegis (X:15.3 Y:30.1), transforming them into lost actions.

While unidentified fragments can be placed in your inventory, those transformed into lost actions are stored in the Lost Finds Cache, which can hold up to 200 copies of any lost action. 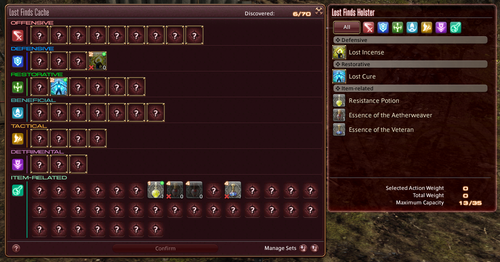 It should be noted, however, that the lost finds holster has a limited capacity. While this limit can be increased with a higher Resistance rank, you must choose carefully which actions to take into battle.

Up to 10 combinations of your favorite lost actions can be saved as sets.

Once a set has been loaded, your selection of actions can be confirmed in the Lost Finds Holster window. 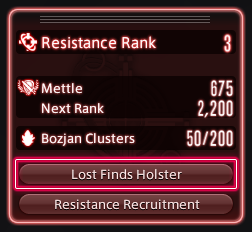 While most lost actions must be converted into duty actions before they are used, some can be used directly from the holster as items.

Using as Duty Actions Lost actions are kept in the lost finds holster until they are assigned as duty actions. 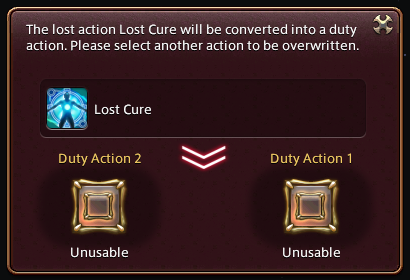 Using as Items Lost actions categorized as items can be used directly from the lost finds holster to activate their effects. They may also be assigned to your hotbar, making them ideal for use in emergencies.

If you should find sheaves of notes already added to your field record, they can be traded to the Resistance Historian at Utya's Aegis (X:15.0 Y:29.1) for various goods. 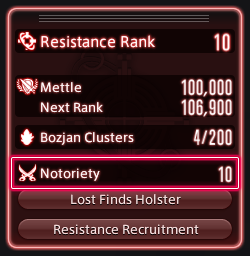 Notoriety is a new parameter that influences a player's chances of being selected to duel enemies.

In the event a player is not chosen to duel, participation in the prerequisite critical engagement will earn them notoriety. As notoriety increases, so too will their chances of being chosen to duel. It should be noted, however, that all notoriety is lost when selected for a duel.

Mettle is not awarded from killing the mobs, but clusters and fragments exclusively drop from them. Therefore, some amount of mob farming will be required, but this will not advance your resistance rank. For that, Skirmishes and Critical Engagements should be prioritized.

Skirmishes are functionally identical to FATEs. They require groups of players to travel to certain locations within the battlefield and complete various objective, such as killing mobs, killing a boss, or collecting supplies. Skirmishes grant mettle, experience,

If you are chosen to participate, click the Commence button in the Resistance Recruitment list to teleport to the arena. The arena will have a wall placed around it, preventing players from entering or leaving while the engagement is in progress. Critical engagements are generally more challenging than skirmishes, and grant greater rewards when completed, including mettle, experience,

If you perform especially well during certain critical engagements, you may be offered a chance to register for a solo engagement. Solo engagements, or duels, are a special type of engagement that only one player can participate in, and require you to fight a powerful boss. They are extremely difficult, and only the most skilled players will have any hope of beating them. There are 3 different solo engagements, and beating each one grants 99 lockboxes, an exclusive achievement and title, and bragging rights.

Castrum Lacus Litore is a special engagement that takes place on a separate map and serves as the "finale" to the Bozjan Southern Front. Available after reaching Resistance Rank 10 and completing the prerequisite quests, it is a raid dungeon that allows up to a maximum of 48 players, and is accessed in the same way as a critical engagement. When it pops, click the Register button in the Resistance Recruitment list, and if you are selected, click Commence. Defeating bosses within Castrum Lacus Litore grants Bozjan Coins, which can be exchanged for special armor sets.

Bozjan Coins will only drop after completing Castrum Lacus Litore for the first time.