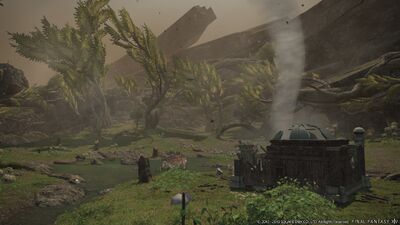 The Forbidden Land, Eureka is a mysterious and deadly island where the elemental forces are constantly in flux. It may be explored in parties of up to eight players, or solo. Adventurers who choose to brave the wilds of Eureka will find that their strength there is measured in their elemental level. Moreover, all equipped gear will be Item Level synced to 300.[1] Unlike instanced duties, a given zone within Eureka may be occupied by up to 144 players, with whom you may choose to cooperate if you so desire!

Players can enter the Forbidden Lands, by speaking to the NPC Rodney in Kugane (X:8.5 Y:14.2). If entering as a party, the leader must speak to the NPC.

Unlike other instanced areas, Eureka allows the use of party functions such as inviting party members, disbanding the party, and leaving the party without exiting Eureka. You may use the Adventurer List to seek out players close in elemental level to form parties and explore Eureka together. It is also possible to change your online status to "Looking for Party."

Cooperating with other adventurers

Unlike in instanced duties, in the Forbidden Land, Eureka, you may form and leave parties with other players at will. You may also use the Adventurer List to seek out players close in elemental level to form parties and explore Eureka together.

You may change between Disciple of War and Magic classes and jobs inside of each zone's starting camp.

Previously, fulfilling certain requirements and completing specific quests was required to earn the ability to ride mounts in Eureka. Patch 5.1 of Shadowbringers changed it so that story completion is no longer necessary, and mounts can be ridden immediately.

Your strength in Eureka is measured in your elemental level, which may be increased by defeating various enemies and gaining elemental experience points. Your level and EXP accrued will be retained between visits—progress will not be lost when you depart Eureka. Please be advised that elemental EXP gained may be affected by the number of players in your party and the difficulty of the enemies you defeat.

Magia Board and Magicite

The magia board enhances elemental affinity to give an advantage against enemies in Eureka.

The magia board is divided into six sections, each representing a different element. Melding magicite to the board will enhance the player's affinity to a given element. Magicite is earned by progressing through the Eureka story. 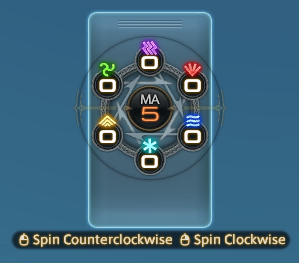 Magicite can be repositioned or reset at the magia melder in Port Surgate. 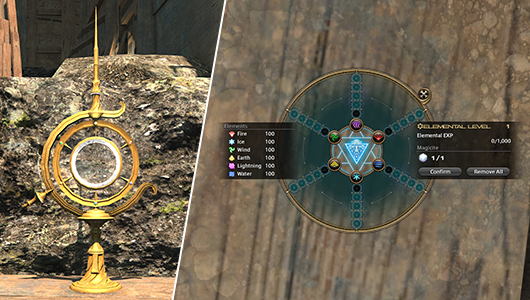 Although the magia melder can only be used in Port Surgate, the magia board can be spun to adjust elemental affinity anywhere in Eureka. It is possible to spin the magia board using text commands.

Each spin of the magia board consumes one unit of magia aether. This gradually refills over time and can be completely restored by accessing the magia melder. 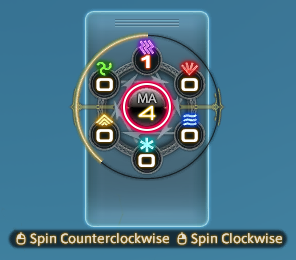 The Fauna of Eureka

Enemies encountered in the Forbidden Land, Eureka, are imbued with powers of a particular elemental affinity. To overcome these enemies, players must use the magia board in conjunction with magicite to strengthen their own elemental affinity.

The affinity of enemies is indicated by an icon to the left of their display names. 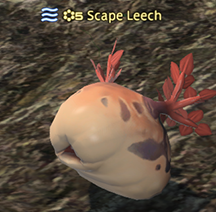 The six elemental forces within the Forbidden Land, Eureka, are constantly in flux, and understanding the relationship between them is vital to exploration. 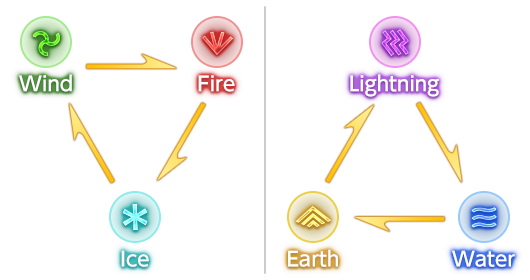 Increasing one's affinity with a given element will increase the damage dealt to certain enemies, as well as reduce the damage received from others.

Elemental affinity is changed via a magia melder, or by spinning the magia board to make adjustments while in the field.

When you defeat enemies in battle, you may receive a variety of rewards. Among these possible rewards are Protean Crystals, which may be used to strengthen and enhance Eureka gear.

The quantity and frequency with which protean crystals can be obtained will increase with the elemental level of enemies, the greatest yields coming from those at level 20 or above.

Upon defeating an enemy of equal or greater elemental level, you will have a limited window in which you may attempt to defeat another. If successful, you will initiate an EXP chain. Defeating subsequent enemies while an EXP chain is active will earn you additional elemental EXP. You will also have an increased chance to receive rewards, as well as higher quantities of said rewards, at EXP chain 10 and 20. After EXP chain 30 is achieved, your chain will end. 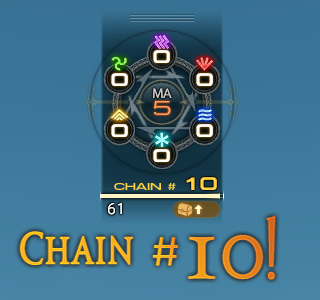 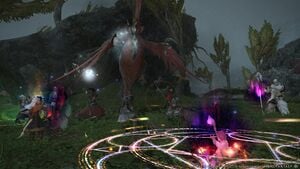 In the Forbidden Land, Eureka, you may encounter especially powerful enemies called notorious monsters. You would do well to engage these enemies together with other adventurers if you wish to defeat them. Some notorious monsters will not appear unless certain conditions are met. Speak with other adventurers and share information that you might determine what these conditions are.