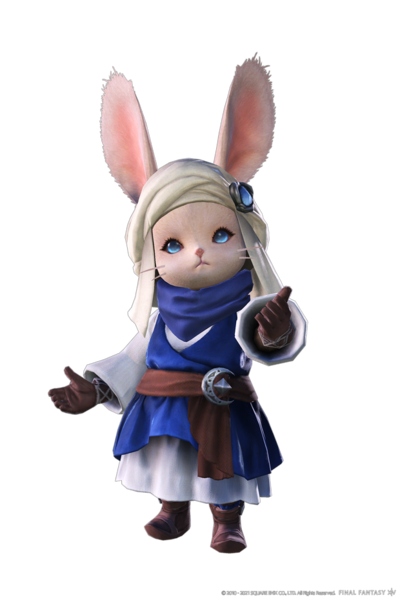 The Loporrits are a Beast Tribe from the Endwalker (6.0) expansion.

Eorzean myth tells of a curious wanderer known as Namingway, descended from an unknown people that traveled to the realm from the moon. The Loporrits appear to have much in common with that being of legend, though questions regarding their current whereabouts─and much else besides─remain unanswered.