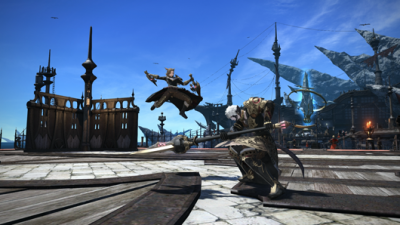 Dueling allows 1v1 PvP combat in a non-instanced area. Duels can only be conducted in the Dueling Circle at Wolves' Den Pier.

A winner is decided when one of the two combatants is incapacitated. Players who are revived will remain in the Dueling Circle.

There are no time limits to duels. A duel will only end when a combatant is incapacitated. However, should a player step outside of the Dueling Circle, their opponent will be declared the winner by default.

Player level and attributes are ignored during pvp and replaced with pvp specific values. Class/equipment changes are not allowed in the arena. Materia melding/trade requests are also prohibited. Players do not have to leave their party to engage in a duel, but combat actions such as attacks/healing cannot be used on a party member engaged in a duel.

Players will only be able to use actions from the PvP action list while dueling.

While standing inside the Dueling Circle, target your designated opponent and select "Request a duel." from the subcommand menu. 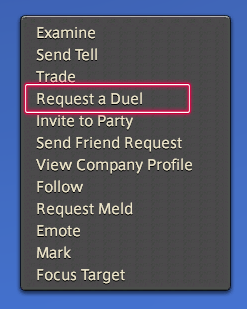 If a player does not accept a duel within the time limit or a player declines, the duel will be cancelled. When a player accepts the challenge, a duel will commence. It is also possible to engage in duels while queued in the Duty Finder or when using the Party Finder.

A unique icon will display next to the names of other players engaged in a duel once they've accepted. 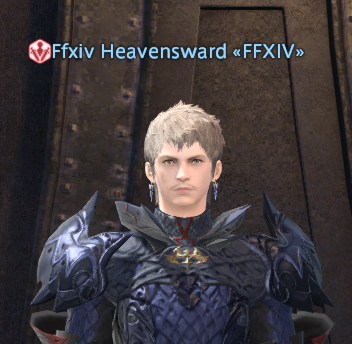 An unique icon will display next to a players name and the name of their opponent. 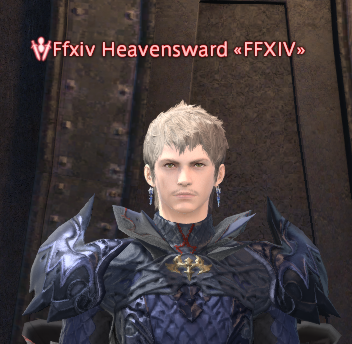