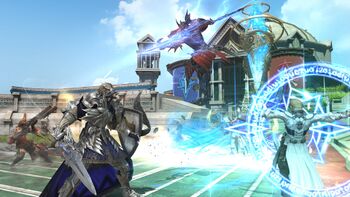 Crystalline Conflict PvP duties pit teams Astra and Umbra against one another in tactical confrontations. Each team may have up to five players, for a total of ten match participants. Teams are challenged to maintain control over a tactical crystal, which must be transported to a designated location amid the heat of battle.

Crystalline Conflict is open to those who have completed the quest

A Pup No Longer for their Grand Company.

After unlocking Crystalline Conflict, proceed to the following quest for an explanation of relevant duties and rules of engagement.

The rules of engagement for Crystalline Conflict are outlined below.

Results have no bearing on your ranking in Crystalline Conflict.

Results have no bearing on your ranking in Crystalline Conflict. Register with two parties of five players via the Duty Finder. There are no restrictions on party composition.

Register solo via the Duty Finder. Results will influence your ranking in Crystalline Conflict.

There are no role requirements for Crystalline Conflict parties. However, matchmaking will ensure that no two players have the same job within a single party.

Participants will be divided into Team Astra and Team Umbra and transported to their respective starting points. After a 30-second waiting period, the match will begin.

Only Quick Chat is available during casual and ranked matches. Custom matches allow for standard chat features in addition to Quick Chat.

Incapacitated players will be returned to their base after a short delay, where they will be allowed to rejoin combat with their HP and MP fully restored and all action recast timers reset.

When participating in Crystalline Conflict, all player attributes will be updated to their PvP counterparts.

The use of the following is prohibited while participating in Crystalline Conflict:

Players who abandon a Crystalline Conflict match (not including players who join a match in progress or are vote kicked) will receive a penalty. Players so penalized will be unable to use the Duty Finder for 30 minutes.

Players inactive for over a period of two minutes will automatically be removed from play.

To win, one team must move the tactical crystal from the center of the field to the goal point. If neither team accomplishes this during the time limit, the match will proceed into overtime. 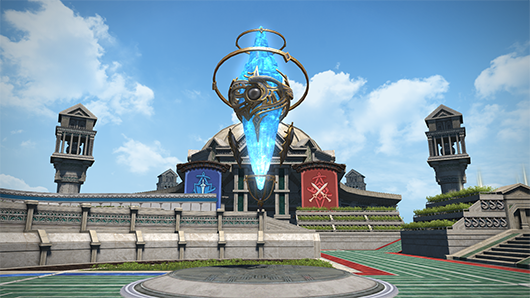 The all-important object placed at the arena's centerpoint is called the "tactical crystal."

The tactical crystal will remain bound until the first 30 seconds of the match have passed. Once the tactical crystal is unbound, a ring will appear at its base. Should one team be fully in control of this ring─with no members of the opposing team present within its bounds─that team will be able to move the crystal.

The crystal can only be moved along the crystal line─a dedicated path within the arena.

Should the tactical crystal be wrestled from your team's control, and you manage to reclaim it, the crystal will travel faster when moving back through a stretch of the line your team has moved it once before.

Checkpoints can be found halfway between the centerpoint and each team's goal. Upon reaching a checkpoint, the tactical crystal will stop moving.

The team attempting to clear the checkpoint must remain in the crystal's ring until the Clear Progress gauge reaches 100%. The gauge will only increase so long as that team holds control of the ring. A greater majority of party members in the ring will hasten the gauge's progression. 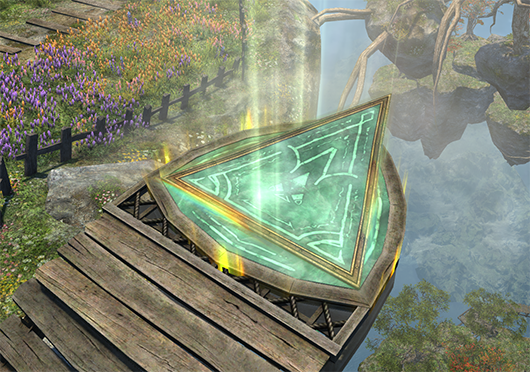 Cloud Nine is equipped with jump glyphs. Stepping on a jump glyph will rapidly transport you to a specific location on the field. 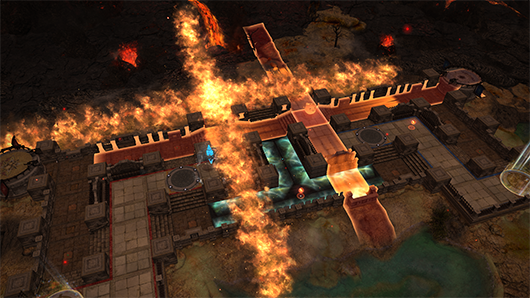 The Volcanic Heart periodically erupts, scattering self-destructing bombs across the field. Those who fail to avoid their explosive radii will take damage. Bomb cores will remain at the site of bombs' destruction, granting those who acquire them bonuses to damage dealt and limit gauge increases. 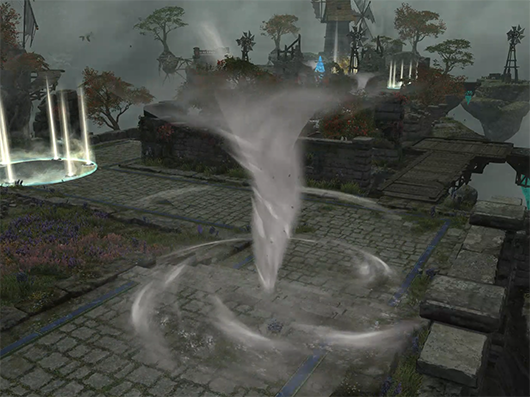 Players cast up into the air by Cloud Nine's periodic turbulence will take damage upon being returned unceremoniously to the ground. However, they may acquire black chocobo feathers while in the air, granting them a soft landing and nullifying the damage. The locations of black chocobo feathers are indicated by markers on the ground. Those who do not wish to go flying can negate the effects of turbulence by using Guard. Turbulence also leaves behind a twister at the site where it occurred, and can be confirmed on the map. Stumbling into these twisters will result in damage and knockback. 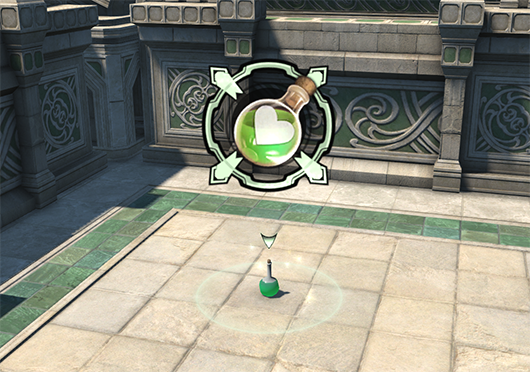 Each arena comes equipped with medicine kits. Accessing these kits will restore 50% of a player's HP, and each can only be claimed by one player.

Seasons are periods of time in which players compete to earn the highest tier and Crystal Credit ranks possible. Announcements will be made on the Lodestone marking the beginning and ending of each season.

At the end of each season, players of sufficient rank will receive season rewards. Participants' current ranks are displayed on the Lodestone during a season. Please note that ranks will be reset between seasons.

The Bronze through Diamond tiers are divided further into "risers." The number of risers per tier varies.

A player's tier represents their standing in the hierarchy of Crystalline Conflict. Unlike the Feast, players cannot be demoted over the course of a season. As such, players will retain the current standing even when losing a match immediately after promotion to a higher tier.

The Bronze through Diamond tiers are divided further into "risers." The number of risers per tier varies. 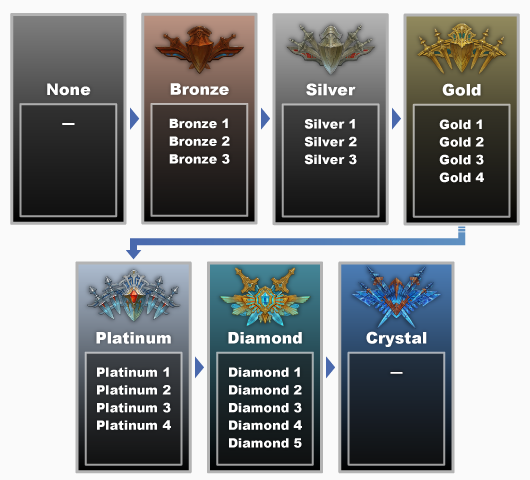 The new PvP ranking system uses Rising Stars, rather than ratings, to indicate progress within the Unranked through Diamond tiers. When you win a ranked match, you will gain one Rising Star. Similarly, a loss will remove one Star. Once you have earned the maximum Rising Stars for one riser, an additional win will allow you to move up a riser.

When a Crystalline Conflict match has ended, players will receive the following rewards:

A dazzling array of arenas await at the Grand Companies' glamour-woven tactical training grounds. Designed with adventurers in mind, these strategic confrontations of but few competitors make for a thrilling challenge for newcome pups and Wolves' Den regulars alike.

At the end of the crystal line, who will stand victorious? Will it be you?