Hydaelyn – a vibrant planet blessed by the Light of the Crystal. Amid azure seas, encompassing the westernmost of the Three Great Continents, there lies a realm embraced by the gods and forged by heroes. Her name Eorzea. It is here that your tale unfolds. Beckoned by the Mothercrystal – the source of all life – you must embark upon a quest to deliver the land from an eternity of Darkness. 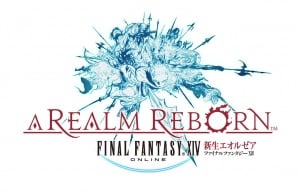 Final Fantasy XIV: A Realm Reborn is the continuation of Final Fantasy XIV by Square Enix, having Naoki Yoshida as producer and director. Final Fantasy XIV: A Realm Reborn was released worldwide on August 27, 2013. It takes place in the fictional land of Eorzea, five years after the events of the original release. At the conclusion of Final Fantasy XIV, the primal dragon Bahamut escapes from its lunar prison to initiate the Seventh Umbral Calamity, an apocalyptic event which destroys much of Eorzea. Through the gods' blessing, the player character escapes the devastation by time traveling five years into the future. As Eorzea recovers and rebuilds, the player must deal with the impending threat of invasion by the Garlean Empire from the north.

FFXIV: A Realm Reborn development planning started from scratch in January, 2011 – almost two years before the original game was closed (November 11, 2012) due to "flawed release and poor reception" – and saw fruition with patch 1.18 in July 2011. Yoshida and his team made major changes to the battle system, implemented auto-attack and instanced dungeons, removed the controversial "fatigue" system, and introduced of the Grand Company storyline which would supersede the original main scenario questline.

On the anniversary of the game's release, Yoichi Wada claimed that the initial launch of Final Fantasy XIV had "greatly damaged" the Final Fantasy brand. Thus, Wada and Yoshida announced the brand new version of Final Fantasy XIV in October 2011, code-named "Version 2.0", which had been in development since January, along with a tentative roadmap for future progress for both PC and PlayStation 3. In July 2012, Square Enix revealed that Version 2.0's official title would be Final Fantasy XIV: A Realm Reborn. This date served as the "grand finale" for the old game, culminating in a cinematic trailer for A Realm Reborn called "End of an Era".

The game was released in other countries:

There are 4 editions of the game available, each can be purchased for the chosen OS:

* Endwalker requires at least the Starter Edition (base game) to be played.
** A specific expansion's Collector's Edition items can be purchased later as an upgrade from the Mog Station.

Some items were only available as pre-order bonus items and can no longer be obtained.

Selecting one of the available races determines the appearance of the character, and the starting attributes, which gives a minuscule bit of advantage to that particular character early on. Other than that, races will not impact any other aspect, such as combat or story, the latter is mostly linear.

Each character may choose a starting class. Classes are divided into combat roles, such as conjurer and marauder, and crafting/gathering roles, such as carpenter, alchemist, and miner. During character creation, you can only choose a combat class. In Final Fantasy XIV players are able to level all classes available in the game with a single character, this makes it easy to have many options to play with. Unlike crafting/gathering classes, the combat classes evolve into jobs, which gives a bigger arsenal of actions (skills) to use and greatly expand the gameplay experience.

Players can choose to play either PvE, or PvP, and both modes offer several solo and group play opportunities. The game is built to please both crowds: casual and hardcore. Additionally, within PvE it's possible to take part in mini-games such as the Gold Saucer, and Seasonal Events which cycle yearly.

Final Fantasy XIV's combat is built upon the most common MMORPG structure: damage, tank, and healer. Damage is simply decreasing the enemy's health in a plethora of ways, tank is preventing the enemy from causing damage to allies, and healer's task is to keep other characters HP up, as well as removing debuffs. Each class/job has a predefined role, but some of them offer varying options to provide the party with additional utility.

Combat is designed to be tactical; while most skills share a global cooldown, there are many skills which bear their own cooldown and make a substantial difference in a fight outcome. Tailored through actions – FFXIV term for skills – and passive traits, players are free build their skillbar as they wish to try different rotations. However, at the highest levels of play, there is only one or two variations on a "correct" rotation, and anything else is a DPS loss. There is no customization to jobs or skills. No points to allocate, and you cannot "build" your character in any particular way.

The consequence of this design philosophy is jobs that are all very well balanced, with the difference between "best" and "worst" jobs being at most a few percentage points. It also means there is effectively no "meta" and that all party compositions and jobs are capable of clearing all content. As long as a player is in adequate gear, they have everything they need to clear even the hardest content with enough practice.

As of Patch 5.3, the Final Fantasy XIV Free Trial now includes all content up to the end of Heavensward and level 60.[1] The 14-day restriction on playtime was removed even before that, on March 28th, 2017.[2]

300,000 gil cap, can't use the Market Board or hire Retainers. Those last three are very limiting on quality of life and inventory space. Lack of market board access puts players at the mercy of RNG drops for anything that doesn't have a guaranteed source such as a quest.

Purchase of the Starter Edition includes all the same content as the Free Trial but removes the restrictions. Players will need to begin paying monthly subscription fees at that time. Note that conversion from Free Trial to Standard will not allow players to switch OS on PC. Steam free trials need to upgrade to steam, and Square Enix store trials to Square Enix store.