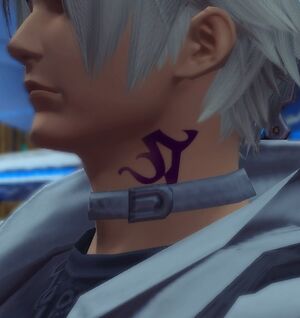 The Archon Mark, bestowed to those who rise to the rank of Archon

Archon is a title given by Sharlayan to a person who has excelled in a specific field of study, gone above and beyond by contributing greatly to that field and have demonstrated their exceptional knowledge in their chosen subject. It is not enough to simply be wise or study if one wishes to become an Archon, and therefore the title is very rarely given, with as few as twelve Archons currently known.

Those who achieve the title of Archon are certified and are marked with an arcane tattoo, making them distinguishable from others at a mere glance. Receiving the title of Archon also comes with several benefits, such as completely unrestricted access to the forbidden tomes of the Sharlayan Library. Being associated with an Archon will also allow one to enter into Sharlayan and forgo the usual mountain of paperwork and identification normally required to enter the seafaring city-state.

One particular Archon, Louisoix Leveilleur, going directly against the wishes of The Forum and their tradition of neutrality, would go on to create the Circle of Knowing, a group of scholars and Archons who were "dedicated to the salvation of Eorzea". Members of this organization would go on to join with the Path of the Twelve after the Seventh Umbral Calamity to create the Scions of the Seventh Dawn.