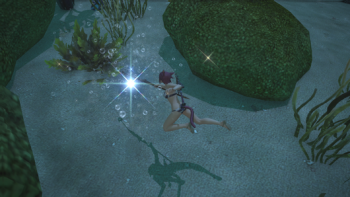 This article is about the mechanics after the overhaul in patch 6.0 with the launch of Endwalker. For the previous version of spearfishing, see Spearfishing/Old.

Spearfishing involves a mini-game wherein players strike fish as they swim across the screen. 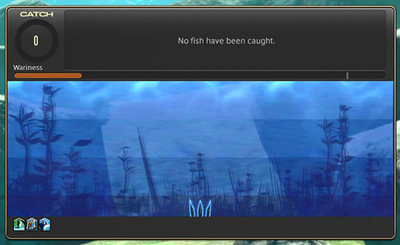 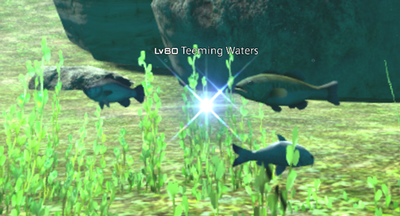 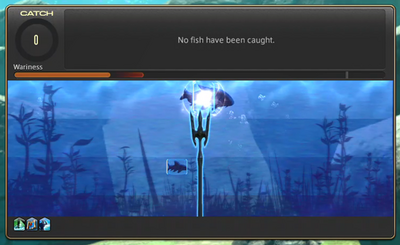 Fish are caught by striking their weak spot as they swim through the teeming waters. 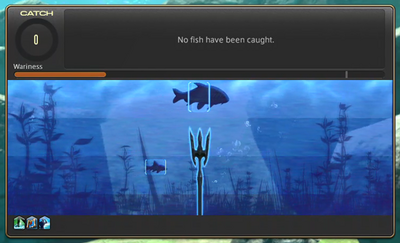 Certain fish will have a distinctive appearance, indicating they are guaranteed to be large-sized when caught. 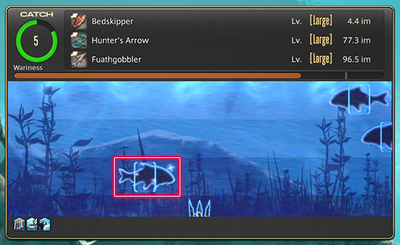 Nearby fish will take notice of your actions in the teeming waters, their wariness represented by a gauge at the top of the spearfishing interface. Wariness increases slowly over time, as well as with each strike of your spear. When the gauge is full, the fish will disperse, ending your spearfishing attempt. 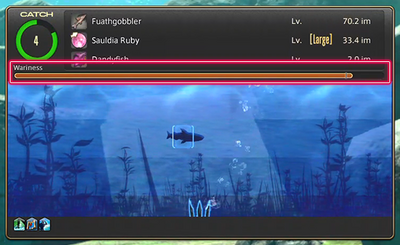 Successfully catching fish in quick succession will increase your catch counter (up to a maximum of ten), which slows the rate at which wariness increases. Be mindful, however, that the counter may reset should you go too long without catching any fish. 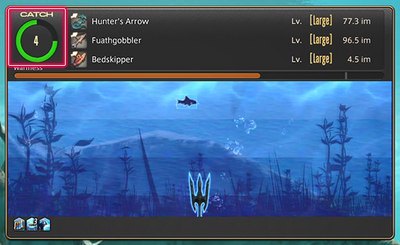 Specific conditions may be required in order to gather fish through spearfishing. After completing the conditions, a special node will appear. This will occur through regular fishing nodes and job quest nodes[1].

Teeming Waters where spearfishing can be conducted have been added.