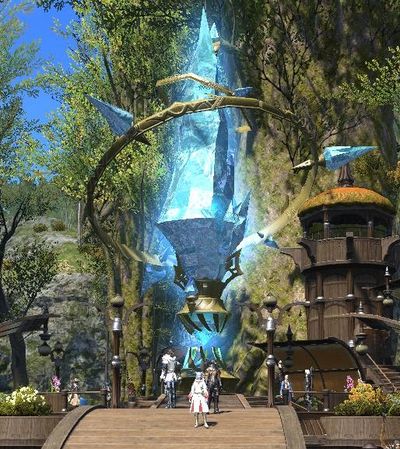 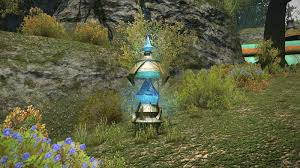 Aetherytes are used to teleport to different locations within a City-State, and to different places within the world.

As of Patch 4.57, the main Aetherytes in the starting City-States can be used to visit other World Servers.

Every City-State have one main, bigger, Aetheryte and many smaller Aetherytes called Aethernet Shards, each one marking its teleport destination, while other places in the world may have just the main Aetheryte.

Free Companies with housing can place an Aetheryte housing accessory on the outside garden: when the accessory is placed, its destination is automatically added to the Teleport list.

You now have Aethernet access to the Botanists' Guild.

You have attuned yourself to all the Aethernet shards in Gridania. The Blue Badger Gate, the Yellow Serpent Gate, and the airship landing are now accessible as Aethernet destinations.

You now have Aethernet access to the Blue Badger Gate (Central Shroud).

You now have Aethernet access to the Yellow Serpent Gate (North Shroud).

You now have Aethernet access to the airship landing.