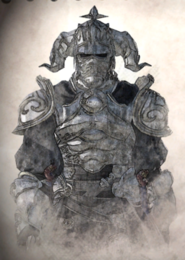 Noah van Gabranth is a Hyur.

One of Noah's main goals is to create a new, free nation based on rewarding personal excellence over one's race or affiliation. With the assassination of Varis yae Galvus at the hand of Zenos yae Galvus, this gave Noah the opportunity to put his plan in motion.