See also: Ishgardian Restoration , The Firmament and The Diadem

Fêtes are large-scale games held at regular intervals to celebrate the completion of the Firmament. During an event period, several fêtes are held in succession and offer rewards to participants.

Any Disciple of the Hand or Land

Time remaining until the next fête can be confirmed at any time in the Firmament via the duty list.

Fêtes are held twelve times over the course of a twenty-four hour period, with one every two hours. When the celebration has concluded, there will be a rest period of one to two days (Earth time) before the next event period begins. 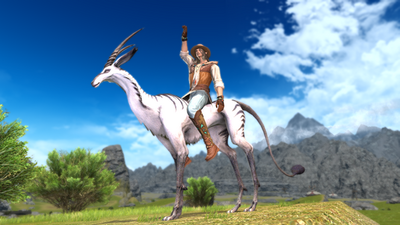 Players who earn a sufficient rating will receive a

Fête Present, which is a lootbox that can contain any of a large number of prizes. These presents can only be opened in towns or field areas.

Fête Tokens, which can be exchanged for rewards by speaking with Enie in the Firmament (X:12.0 Y:14.0).