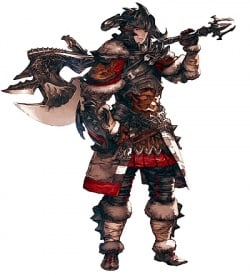 Warriors are savage mercenaries born from beastmastery. Wielding greataxes they can unleash magnificent damage to block enemies from reaching their brothers-in-arms, while excelling in the art of causing pain.

The Marauder's Guild is in Limsa Lominsa Upper Decks. Marauders may specialize into warrior once they reach level 30, and complete the quests Sylph-management and Pride and Duty (Will Take You from the Mountain).

The warrior is a disciple of war and wears plate armor. They use greataxes as weapons. The following crafting classes can create items that are useful to the warrior:

Upon learning the action Defiance, a symbol will appear on the screen indicating when it is in effect. Defiance increases enmity gained from using other actions. 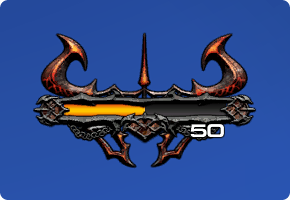 The Beast Gauge displays the current strength of a warrior's wrath. This animalistic rage is required to execute Fell Cleave, Decimate, and Onslaught. 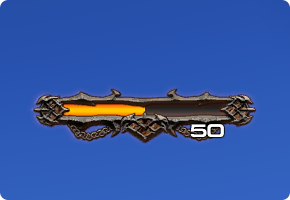